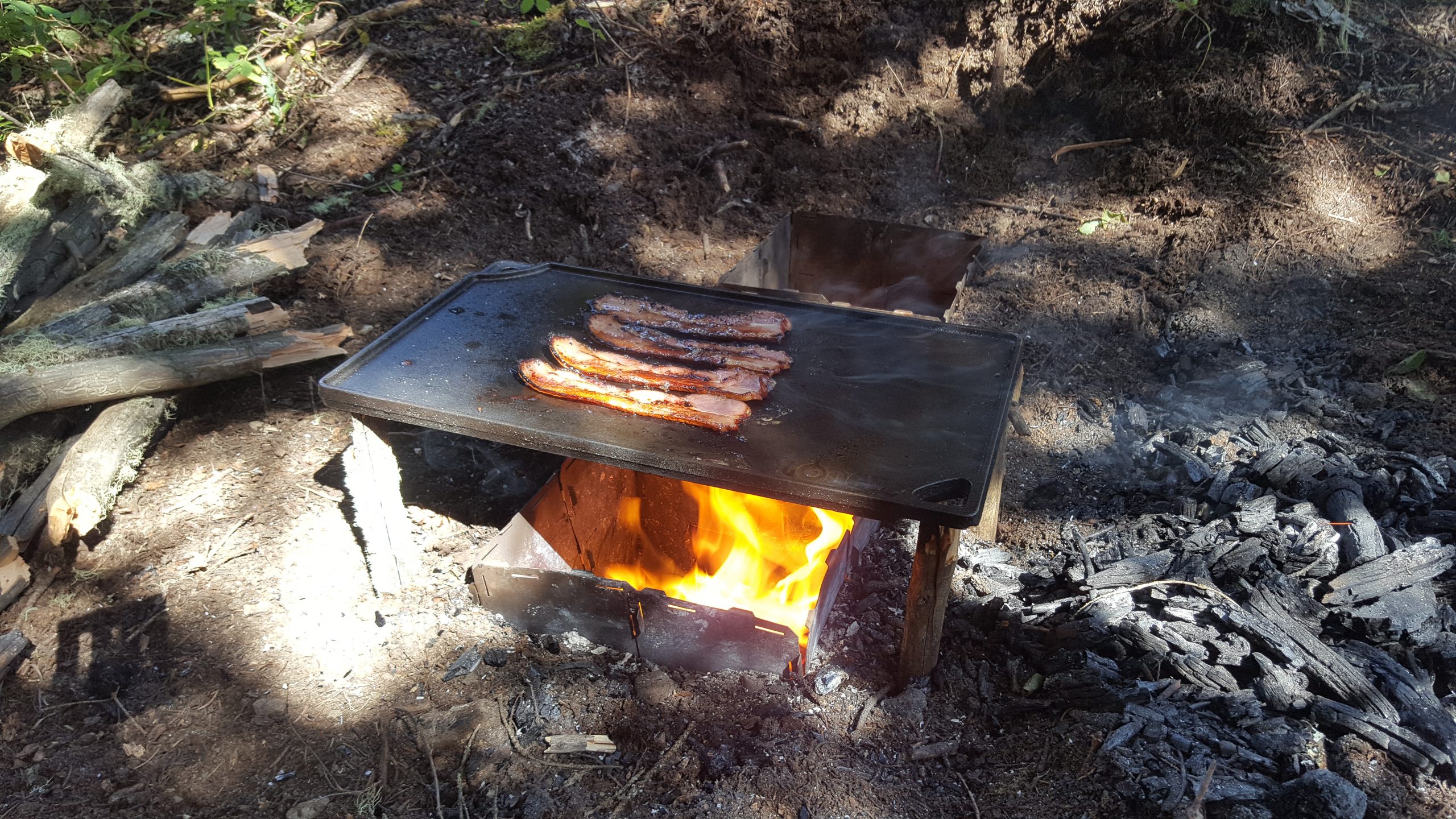 In many ways, we chose the StealthFyre Origin as the name of our first stove in order to pay homage to the past. We chose it to remind us of where we came from. If it weren’t for those that came before us we wouldn’t get to enjoy the freedom we have today. For us, the Dakota Fire Hole represents a marvel of primitive technology. We’re incredibly grateful to those brilliant souls with the ingenuity to think up such a useful method of building fire. We love it because it gives us much more freedom in the woods to enjoy a safe, leave-no-trace campfire wherever we decide to lay our heads for the night.

Well, that’s not exactly true. You see, the Dakota Fire Hole has one severe limitation. You need ideal soil conditions in order to make it work effectively. Lacking easy access to flat rocks or other material for structure, building one is impossible in sand. It’s also nearly impossible in rocky soil. When we designed our modular stove system, we set out with the one intent to remedy this problem.

The StealthFyre Origin Is A Humbling Achievement

We succeeded, but we feel humbled when we consider that we only carried the ball over the goal line. 99% of the credit must be given to our ancestors, because they paved the way for all that came after. Just as we continue to do today. With the introduction of the StealthFyre Origin, we’re paving the way for an all-new generation of modular, multi-purpose outdoor gear and we’re giving the world an entirely different way to enjoy the great outdoors.

The StealthFyre Origin is a stove unlike anything else on the market today. You may notice while reading our articles and browsing our website that we don’t speak of competitors. That’s because we don’t see competitors in the market. We see inspiration. The StealthFyre Modular Survival Stove system is an all new and altogether unique concept. To compare our stove system with anything else on the market is like comparing cows to horses. Yes, they’re both stoves, or animals. But beyond that, StealthFyre is an entirely different kind of stove.

A New Way To Think About Your Camp Stove

The StealthFyre Modular Survival Stove system is a new way to think about your camp stove. We’ve created a truly modular system of panels intended specifically for use in building various stoves. Our stoves aren’t just a collection of proprietary panels that can only be used in one manner. The StealthFyre Origin actually used to be just that, in its infancy. But it has since evolved into one of the most unique new outdoors devices offered in recent years.

After swapping out the hinges on our panel design for a cheaper to produce tab and slot system, we found that the StealthFyre Origin could suddenly be configured in a bunch of different useful fashions. That was Encouragement sauntering up and kicking our Imagination in the pants! We were off to the races and quickly found to our delight that with very few modifications to the design, we could now build several different potbelly stoves, too.

The StealthFyre Origin Is A Dozen Stoves In One Kit

With the addition of horizontal slots up the length of each panel, we were able to accomplish two more things. The horizontal slots allowed us to install panels at several levels to adjust the depth of our fire. This gave us the ability to add a grill accessory and elevate our fire for use on wet or boggy ground. But we discovered something else when using these panels above ground or as a chimney for our Potbelly Stove configurations. We found that they act as air vents and allow the gasification of unspent fuel in the exhaust. This produces an extremely clean burn when used effectively.

Another thing we quickly realized was that we could evenly split the StealthFyre Origin in half. Not only would this give us two working stoves, but we would have the exact same panels in each pile. That gave us another idea. We decided to see what would happen if we combined two StealthFyre Origin kits together. This was the day that the StealthFyre line of stoves was officially born.

It was a day when we, the designers of this device, were astounded to find that we could combine these kits nearly endlessly for a nearly endless variety of camp stoves. We learned we could combine 2 StealthFyre Origin stoves to literally TRIPLE the amount of configurations we had access to. After a bit of consideration, we decided to design a small square panel. This small panel allowed us to build dozens more varieties of stove on a smaller scale, along with many other configurations.

The StealthFyre Origin Completes The Circle

Perhaps it was our ancestors guiding us to fulfill a destiny they always intended. Or perhaps it was ancestral knowledge whispering to us from the past. Whatever the reason, we’re truly humbled that we were guided on this path to ready the Legendary Dakota Fire Hole for the 21st century. After all, we’re just humble travelers that gathered up an old relic of the past, dusted it off and made it better. Now we’re offering it to you.

All of our stoves are made in the United States on a small scale, and that means the utmost quality. Each kit is made of durable 304 Stainless Steel sheet. Cut, not punched. StealthFyre is not a mass produced product by a massive corporation. It’s the innovative ambitions of an American family wanting to make this wonderful new idea available to the world.

When you purchase your new StealthFyre Modular Survival Stove, you’ll be doing more than getting a great deal on one of the coolest new outdoor products this side of the 21st century. You’ll be doing even more than supporting a small American business. You’ll be helping to bring a revolutionary new era in outdoors adventures to the entire world.

READY TO PURCHASE THE STEALTHFYRE ORIGIN?

Our Origin kit is available for $159.99, and we offer FREE shipping on all orders in the United States. If you’re still unsure you want to spend less than $160.00 and save twenty bucks in order to get four functioning stoves, two portable Dakota Fire Holes, a tiny potbelly stove and nearly a dozen more styles of stove, then sign up below for our Newsletter in order to receive a 10% discount code to use on your first order when you decide to take the leap.

Our Stoves Are Proudly Made in The U.S.A.